History of the Bounce House and Where it Came From 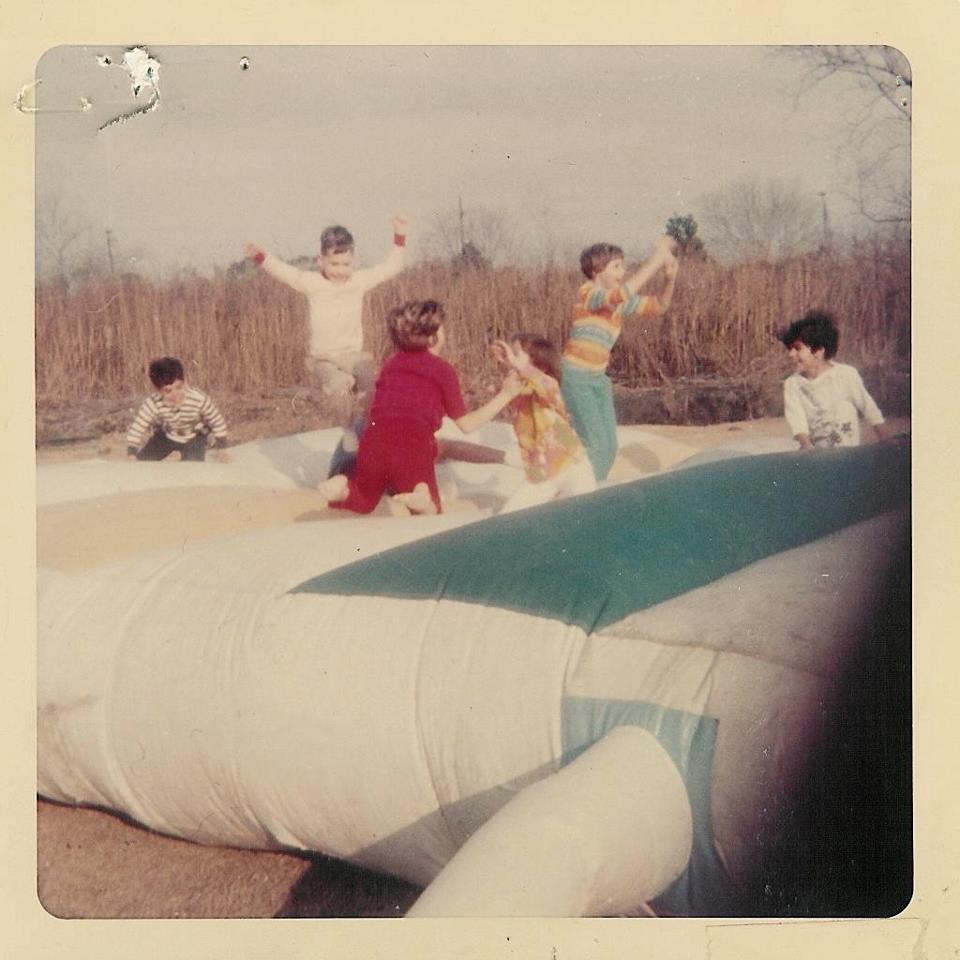 History of the Bounce House

Inflatable castles (closed inflatable trampolines, bouncy houses, bouncy castles, moon bounce, moonwalks, or CITs) are temporary inflatable structures and buildings and similar items that are rented for functions, school and church festivals and village fetes and used for recreational purposes, particularly for children. The growth in popularity of moonwalks has led to an inflatable rental industry which includes inflatable slides, obstacle courses, games, and more. Inflatables are ideal for portable amusements because they are easy to transport and store. 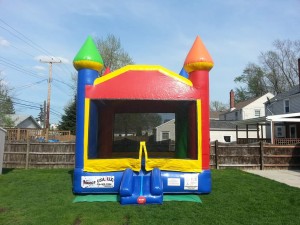 The name given to such structures varies. They have been marketed with such names as Bounce House, Bouncies, Moon Bounce, Astrojump, Moonwalk, Jolly Jump and Spacewalk, Brinca brinca, another name commonly used by Latinos, is Spanish for jump jump. Residents of El Paso, Texas commonly refer to it as a jumping balloon but this appears to be the only area that uses that term. The term Jolly Jumps is often used to describe the inflatable playground structure in rural areas and some areas in the Western United States, but the term is otherwise obsolete. Bouncy Castle or Inflatable Castle are used in Ireland, the UK, New Zealand and parts of Australia, Air Playground Equipment in Japan, and Jumping Castles in Australia, Canada, South Africa and Arizona in the United States.

Inflatable castles have been suggested as having some therapeutic value for children with certain sensory impairments, similar to ball pits

The first inflatable structure was designed in 1959 by John Scurlock in Shreveport, Louisiana who was experimenting with inflatable covers for tennis courts when he noticed his employees enjoyed jumping on the covers. He was a mechanical engineer and liked physics. Scurlock was a pioneer of inflatable domes, inflatable tents, inflatable signs and his greatest achievement was the invention of the safety air cushion that is used by fire and rescue departments to catch people jumping from buildings or heights.

The first space walk manufacturing company was in New Orleans in a leased warehouse that also sewed horse pads. His wife, Frances, started the first inflatable rental company in 1968 and in 1976 they built a custom facility for the production and rental of the products. They marketed the space walks to children's events such as birthday parties, school fairs and company picnics. These original inflatables did not have the enclosure of today's inflatables, creating a safety hazard.

Their son Frank Scurlock expanded their rental concept throughout the United States under the brand names Space Walk and Inflatable Zoo. Frank also founded the first all inflatable indoor play park called Fun Factory on Thanksgiving Day 1986 in Metairie, Louisiana. A second unit was opened in Memphis Tennessee called Fun Plex in 1987. Both locations closed after the value of the property became too great for the operations. The first inflatable was an open top mattress with no sides, called a Space Pillow. In 1967 a pressurized inflatable top was added, it required two fans and got hot in the summer like a greenhouse. That version was called Space Walk and was adopted as the company name.

In 1974, to solve the heat problem, a new product line called Jupiter Jump was created that has inflated columns that supported netting walls which allowed the air to pass through. Further enhancements of this style were developed such as a line of castles and animals which are referred to as the Inflatable Zoo. In the early 1990s Frank created the first commercial inflatable water slide called the Aqua Tunnel. Space Walk was the first company to bring an inflatable to the IAAPA convention, Showmen's Club and the American Rental Association.

The 1975 Neiman Marcus catalog included a closed inflatable trampoline called ˜The Moon Walk™. It was designed to increase childrens safety.

The surfaces are typically composed of thick, strong PVC or vinyl and nylon, and the castle is inflated using an electric or petrol-powered blower. The principle is one of constant leakage, meaning small punctures are not a problem a medium-size bouncy castle requires a fan with a mechanical output of about two horsepower (consuming around 2 kW electrical power, allowing for the efficiency of the motor).

UK and Australian bouncy castles have specifications calling for fully inflated walls on three sides with an open front and foam crash mats to catch children who may jump or fall out of the structure.

Modern moonwalks in the US are typically supported by inflatable columns and enclosed with netting. The netting allows for supervision as adults can see in from all sides.

Another type of home-use inflatable has evolved, with a blower pumping in air continuously. Pores in the seams and material allow air to escape as children play, while the blower continues to inflate the unit. This category has emerged as a response to parents who wish to buy an inflatable for home use.

In 2005 the most severe standards in the construction of an inflatable amusement were adopted nationally in Australia, forming Federal Standard AS3533.4. This was a landmark safety standard bringing the toughest design/construction/operation standards to the inflatable industry of Australia. In 2006 the European Union (EU) followed and introduced similar standards throughout EU called EN14960:2006 which was then updated in 2013 to EN14960:2013.

There are also inflatable obstacle courses that allow for participants to have races and compete against one another. These are commonly rectangular in shape, but can also be square if the course is maze-like. Most obstacle courses have two lanes, but some can have three or four. They feature various such as pop-up obstacles, climbing areas, slides, and tunnels. These are the best choice for very large events since participants move through them quickly.

Some inflatables are designed to allow games such as boxing rings, water football, penalty shootouts, basketball, rumbling, tug of war, and gladiator duels. These interactive inflatable games are made out of the same material that a continuous airflow bounce house is made of. Quad tracks are also popular and provide the perimeter for Quad bike racing. 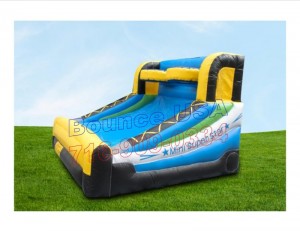 All information was copied from Wikipedia and can be found at this link: